Notes from Underground: Memories of my Uncle.

Exhibited in Tokyo in 1989 under the title of Tosa Late Night Diary and Uncle, this show represents the works United States debut.

Born in 1952, Sumida has spent most of his life in Kochi Prefecture, originally called Tosa, in southern Japan.  Upon his father’s death, Sumida went into a period of depression and frustration.  He sought refuge in the night.  To avoid ongoing turf wars between yakuza gangs, and easily angered patrons of Kochi’s pleasure district, he began to shoot with infrared film and a filtered strobe flash, unseen to the human eye.  He later started to photograph in Nobara, a downtown gay bar.  There for the first time he met his uncle, his mother’s brother, a performer at the bar.  With the protection of his uncle, who died of alcoholism at 56 years old, Sumida worked extensively at Nobara. 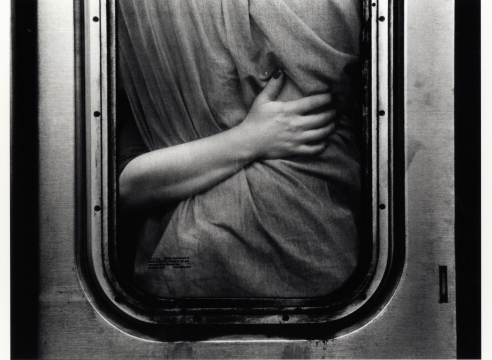