Born in Chile in 1982, Valenzuela came of age during the brutal military dictatorship of Augusto Pinochet, an era when dissent was forcefully silenced by the government. After earning a BFA degree in Santiago, he migrated to the US via Canada, finding work as an undocumented day laborer in janitorial and construction jobs. These formative experiences are artfully distilled in his work. As he describes it, “My story is essentially one of coming from a blue-collar family, a family of workers. As a worker myself, I want to make a larger statement about everyday life.”  He continues:  “Gestures of alienation and displacement are both the aesthetic and subject of much of my work.”

The rugged materials used in Barricades #5, 2017, for example, suggest the construction jobs that immigrants often fill, as well as the barricades that dissident groups build to shield themselves from hostile forces. The series’ title General Song is borrowed from Pablo Neruda's epic poem Canto General, which describes history as a vast, continuous struggle against subjugation and dispossession, one where revolutionaries and day laborers alike play their part in the Song of the Americas.

In his 2014 Hedonic Reversal series, Valenzuela seeks to recreate urban decay through “ruins” constructed in his studio. Challenging the perception that most ruins are evidence of civilizations that have fallen, through economic or social failure, Valenzuela labors to “construct ruins that don’t carry pain,” but which can be appreciated for their own strength and integrity.

After constructing the assemblages, Valenzuela photographs them and enlarges the image into a mural backdrop for a second installation, repositioning the same materials again. He then re-photographs the resulting scene to produce a final monochromatic image, one that depicts an uncannily mirrored space, where the overlapping views of photograph and installation meld together. Valenzuela states:  “I engage the viewer in questions concerning the ways in which the formation and experience of each work is situated—how they exist in and out of place.”

Rodrigo Valenzuela holds degrees in photography, art history, and philosophy. His work has been widely exhibited in galleries and museums across the United States and in Chile, Mexico, and Vienna, including solo shows at the Frye Museum in Seattle and at the Museo de Arte Contemporàneo, in Santiago, Chile. His work is included in the collections of the Museum of Fine Arts Houston, the Frye Art Museum, the Tacoma Art Museum, and the Microsoft Art Collection, among others.

Valenzuela now lives in Los Angeles, where he was recently appointed Assistant Professor at the UCLA School of the Arts and Architecture, taking the position formerly held by esteemed artist James Welling. 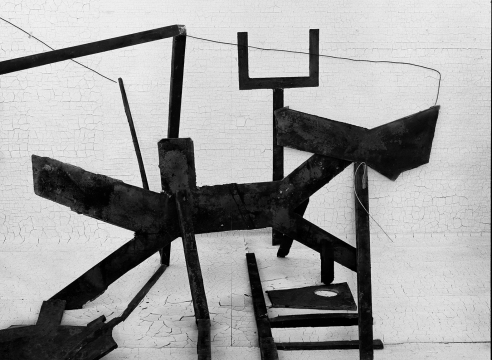 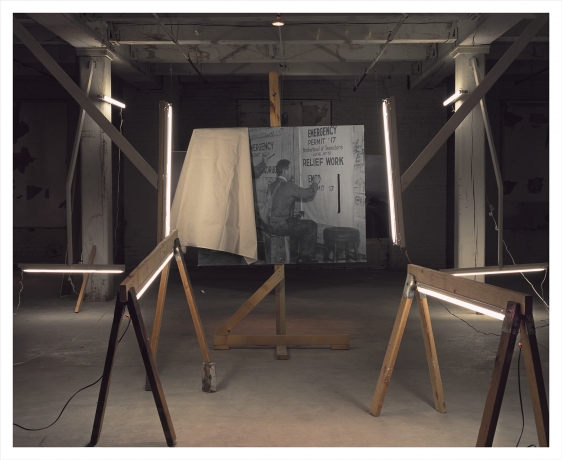