In November 1946 LIFE Magazine photographer Yale Joel set up a two-way mirror in the lobby of the Lowes Criterion Theater in Times Square where the film Dark Mirror was playing. Unbeknownst to the public Yale Joel was concealed on the other side with his camera. What he captured was a parade of humanity primping, preening, and poking at their reflections. Nineteen of those photographs were published in LIFE on December 16, 1946. This online exhibiton is the first time the series has been featured in nearly 75 years.

Today's viewers will be amused at both the expressions on display and the period styles of dress. The intimate adjustments of makeup and clothing will also remind us of our own daily routines in front of the mirror. Anyone who has ever been caught examining their reflection will share a sympathetic laugh with the men and women captured by Joel’s camera. In this age of the selfie and personal YouTube channels, we’re often led to believe that we live in a uniquely self-obsessed time. Joel’s photographs remind us however, that people have always been captivated by their own image.

All photographs ©Yale Joel. Courtesy of The Picture Collection Inc. All Rights Reserved. 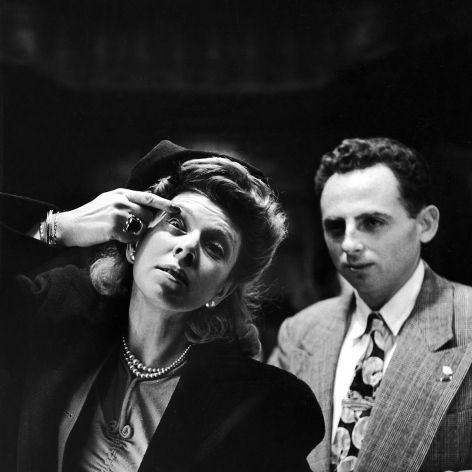 Photo of the Week #87
Yale Joel