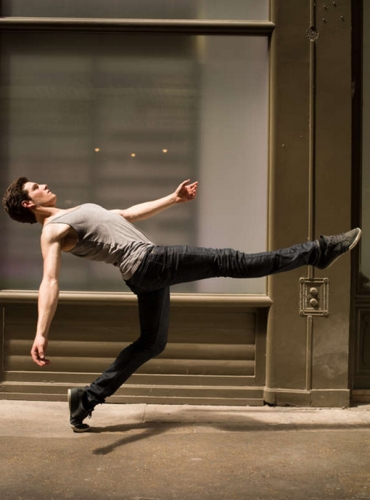 The photographer Denis Darzacq likes to capture ephemeral moments, like in his series “La Chute” (“The Fall”, 2005-2006), which shows bodies hovering just above the floor. For him, the Paris Opera’s proposal to work with dancers who are among the best in the world was a “marvellous gift”.
He has used it to explore a subject which is close to his heart : the dialogue between worlds that ignore each other and that seem antagonistic, the paradoxes that only appear as such. Since he believes that “whoever you are, you always have something to learn from others”, Denis Darzacq asked the Opera dancers to improvise movements which are inspired by photos of handicapped people from his “Act” series (2008-2011) in the streets of Paris.
By reinterpreting these gestures of unusual grace and exploring this unknown language in order to compose original phrases, the Paris Opera dancers use their bodies like musical instruments interpreting original pieces.