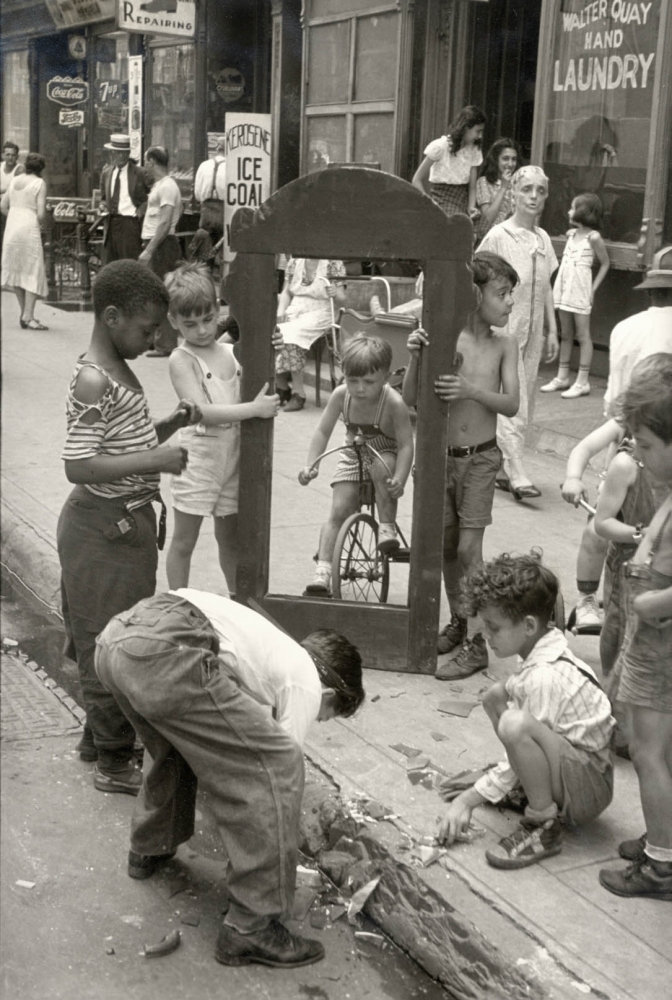 "In an essay written in the 1940s for what would become Levitt’s first book, A Way of Seeing (1965), James Agee positioned her street pictures as 'lyrical photographs' as opposed to 'social or psychological document[s].' Levitt summarized the capacity that allowed her to make her pictures: 'I can feel what people feel.'

A lifelong inner ear condition gave her what she called a “wobble”; she also had, as a jazz pianist or horn player might have, an affinity for irresolution, missteps, in-between shiftings of weight, the moment not at the apex of a jump but just after. Her pictures say: Things don’t line up. Bodies have minds of their own. People interact in a richer, more expressive way in life than they ever will on a stage; the hard and worthwhile part is catching them at it. In the 1930s Levitt sometimes outfitted her camera (as Ben Shahn and Walker Evans also did) with an angled prism that let her appear to be photographing 90 degrees off what her lens was taking in. This kept her subjects from reacting self-consciously to the camera.”