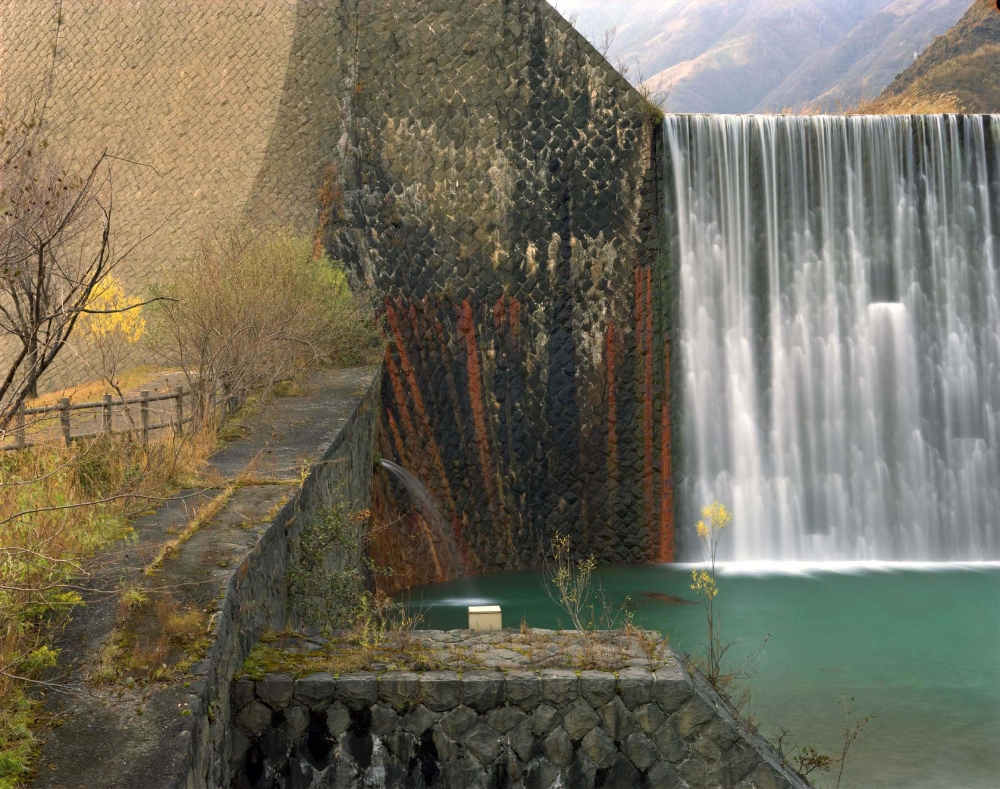 "The Japanese photographer Toshio Shibata is fascinated by water — in particular, the way it interacts with man-made structures. For the later half of his almost-40-year career in photography, he has explored this relationship in novel ways, hiding horizon lines and taking the perspective of the water itself with his camera, visually evoking its rushing sound.

Each of Shibata’s photographs depicts a different kind of human intervention in the natural movement of water, many of them the kind of mundane engineering projects we rarely think about. “To me,” Jacob Cartwright of Laurence Miller Gallery, which recently opened a show of Shibata’s work, said via email, “the essence of his work is taking ubiquitous yet frequently disregarded parts of our contemporary landscape and transforming them into something visually uncanny through formal invention.”

When Shibata returned to Japan in 1979, he initially found the available landscapes in Tokyo and the surrounding areas to be visually “messy.” His first works after returning — a series of black-and-white photographs of roadways at night — left him dissatisfied. Then in 1983, he began focusing mostly on how the infrastructure of Japan’s postwar building boom interacted with the country’s natural landscape. It was an uncommon approach at a time when most Japanese landscape photographers actively tried to exclude modern elements from their images.

As it happens, it was in the United States — where Shibata went to work on an Art Institute of Chicago grant in the mid-1990s — that he began focusing on the quintessentially Japanese subject of water. He was particularly interested in dams, which are a forceful presence in his work — although as Cartwright notes, his photographs also show how “even [the] grandest edifices like hydroelectric dams have to accommodate the unending whims and vicissitudes of nature.” Shibata does this in part by employing long exposures to emphasize movement, and by removing traces of his presence or influence from the frame as much as possible."

These images date from 2005, shortly after Shibata began working in color. They also appear in the exhibition “Water Colors,” on view at the Laurence Miller Gallery in New York until April 25.