"“Helen Levitt was born and educated in New York City. She made these photographs in New York in the 1940s. None of the photographs is intended as a social or psychological document. Several are records of street and sidewalk drawings; most of the others can best be described as lyrical photographs”

"[Viewers] who particularly like children will find here as much to meditate, and understand, or be mystified by, as anyone, so far as I know, has ever managed to make permanent about children."

“Like most good artists, Miss Levitt is no intellectual and no theorist; she works, quite simply, where she feels most thoroughly at home, and that, naturally enough, is where the kind of thing that moves and interests her is likely to occur most naturally and in best abundance.”

“It is of absolute importance of course, that that all of these photographs are ‘real’ records; that the photographer did not in any way prepare, meddle with, or try to improve on any of them. But this is not so important of itself as, in so many of them, unretouched reality is often transcending itself. Some, to be sure, are so perfectly simple, warm and direct in their understanding of a face or emotion that they are likely to mean a great deal to anyone who cares a great deal about human beings; it would be hard to imagine anyone who would not be touched by all that is shown-by all that so beautifully took place in the unimagined world…”

“The artist’s task is not to alter the world as the eye sees it into a world of aesthetic reality, but to perceive the aesthetic reality within the actual world, and to make an undisturbed and faithful record of the instant in which this movement of creativeness achieves its most expressive crystallization.”

“The busiest and most abundant of the senses is that of sight. The sense of sight has been served and illuminated by the visual arts for as long, almost as we have been human. For a little over a hundred years, it has also been served by the camera. Well used, the camera is unique in its power to develop and to delight our ability to see.”

". . . in their relative postures, and attitudes toward their
masks, the three children . . . are a definitive embodiment
of the first walk into the world's first morning."

"Is it not . . . likely, when you look with care at the respective
postures and ages of the people . . . that surreptitiously,
unknown even to the performers, though in broad daylight,
human beings and their streets continually evolve some of
their most unutterable meanings, as a dance?"

". . . an image of the gentle elegance possible, in the age
that can still survive it whole, to prepropogative love."

"The boys . . . , treed and at home in their jungle's stony
shade, touch the drumhead of this world's mystery
beyond the touch of words."

"It is luck, if you like, that turned [this] warlike frieze into a
wonderful dance, and gave it its strange frame of electrical
wiring."

"Dancing, indeed, is implicit in nearly all that they do - as in. . . the centrifugal, fire-dance fury of [this picture]"

"There is the warmest and deepest kind of delight, and the
only answer to age save those beyond this world, in the
portrait of the men with the baby. I feel it is endearing
beyond talking of, and beyond tears."

"In its pathetic, relatively rational verbosity, moreover, it
marks a difference wider than that of race with the
prodigious image of anguish and consolation."

"We begin not with the creatures of this civilization, but with
their hieroglyphs, their rock drawings, their cave paintings."

-James Agee, a Way of Seeing

"The intuitions of a child with chalk have so utilized a
stamped tin wreath as to create a female head which could
also be an image of the sun or the moon; and, as a magnet
beneath paper aligns a scatter of iron filings, it commands
every disparate element within the frame of the photograph
into a grandly unified, cryptic significance."

"“The overall preoccupation in the photographs is, it seems to me, with innocence – not as the word has come to be misunderstood and debased, but in its full, original wildness, fierceness, and instinct for grace and form…”

“Goethe wrote that it is good to think, better to look and think, best to look without thinking. Such photographs as these can do much to show us what he meant.”

Laurence Miller Gallery is pleased to present HELEN LEVITT: FIVE DECADES, featuring vintage prints gifted by Levitt to James Agee and his family between 1940 and ca. 2000. These include several of Levitt’s most famous New York images, pictures from Mexico City, and never before exhibited portraits of James Agee.

Helen first met James Agee at Walker Evans' apartment in New York City in 1938, and the two formed a deep friendship. Helen later traveled to Mexico City with Agee's then wife, Alma, and her son.  Several of her Mexican images were later reproduced in HELEN LEVITT: MEXICO CITY, published in 1997.

James Agee was an early collaborator with Levitt, and in 1946 he authored an essay on her photographs that served as the introduction to her book A WAY OF SEEING. He wrote “At least a dozen of Helen Levitt’s photographs seem to me as beautiful, perceptive, satisfying, and enduring as any lyrical work I know.” Agee also provided individual comments on many of the images in the book, which will be displayed with the corresponding images in the show.

It was while writing the essay that the idea of making a film together arose. The result was the film In the Street, released in 1952, scripted by Agee and filmed by Levitt and Janice Loeb. The gallery will show the film continuously during the exhibition.

The Agee family material will be supplemented by other works on loan to the gallery, as well as prints from the gallery’s own collection, including several of Levitt’s later dye-transfer color prints, large-scale murals of children’s graffiti, and a series of Helen’s very intimate first prints

Helen Levitt’s work is now on view in two major museum shows. The ALBERTINA MUSEUM in Vienna currently has a major retrospective of her work, featuring approximately 130 images, from October 12th through January 27, 2019. And the TELFAIR MUSEUMS in Savannah Georgia, have included her in their exhibition The Language of Vision: Early Twentieth Century Photography, with work by four artists, now through January 13, 2019. 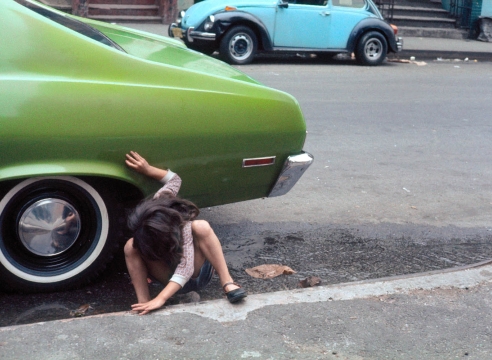 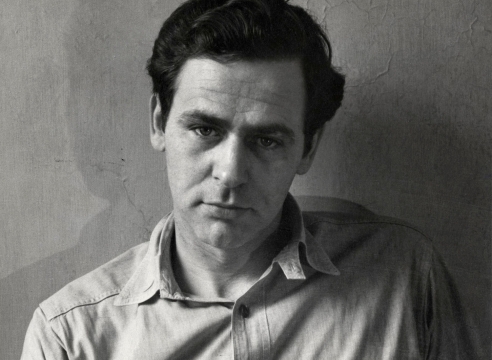 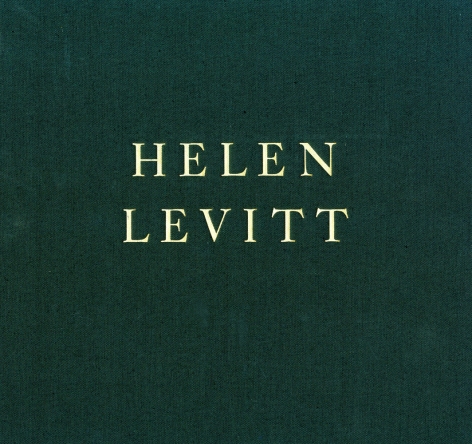 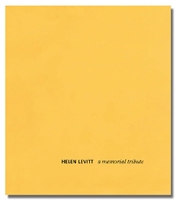 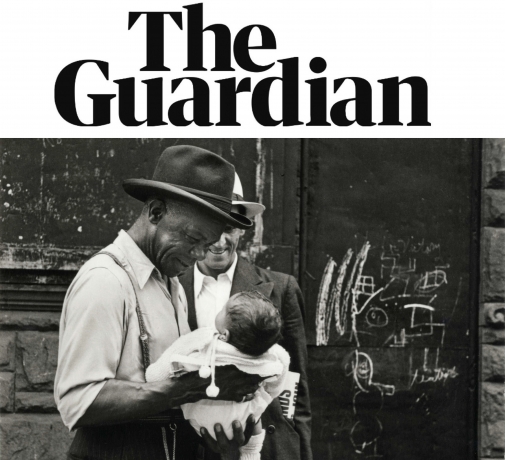 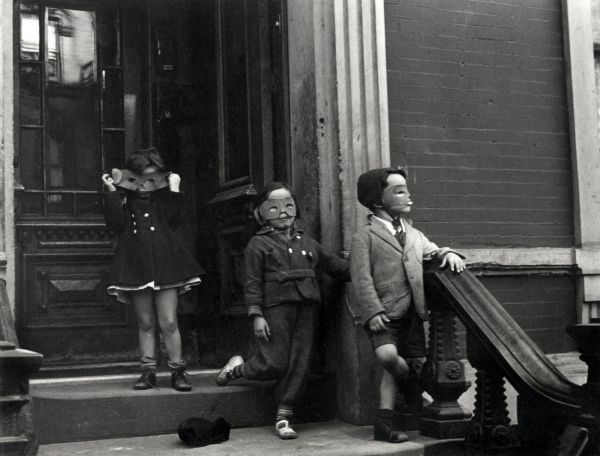 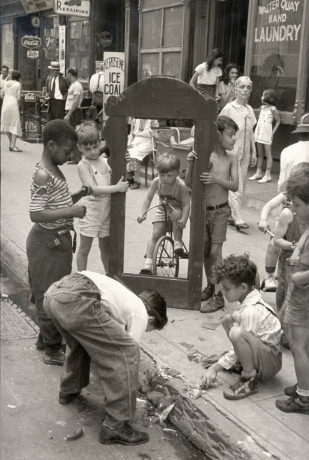 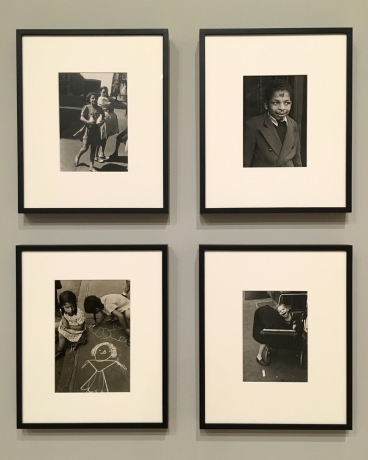 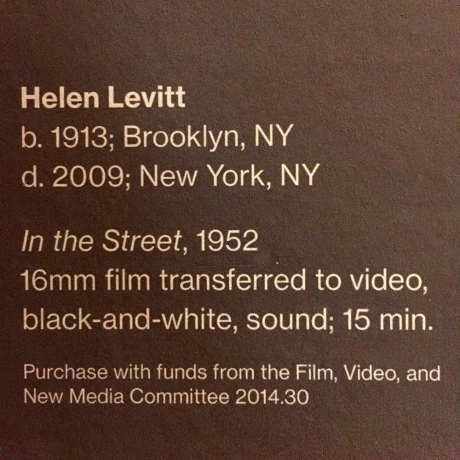