Lost in the Cotton

The Spirit of AME Zion

The Chorus of Outsiders

When I See Cotton I See Red

Laurence Miller Gallery presents the New York City debut of John Dowell’s COTTON: Symbol of the Forgotten. Dowell blends a unique mixture of spiritualism, historical awareness, racial angst and deft technique to create photographic works that inspire the viewer to recognize the injustices imposed upon the black community, especially in New York, over the past 400 years.

Throughout the exhibition, featuring more than two dozen photographic works made between 2016 and 2018, Dowell weaves together – both literally and figuratively –complex historical threads addressing issues of slavery, community, and memory, all intertwined with cotton.  Several of the works are large panoramas, reinforcing the idea of the vastness of cotton across the southern American landscape, as well as the long-term cultural and financial impact that cotton had on the African-Americans who harvested it for their white masters.

In All Angels Church of Seneca, Dowell utilizes diverse digital techniques to situate one of the early churches in New York City’s Seneca Village, a once thriving African-American community founded in 1825, within view of the modern apartment buildings that today form the western border of Central Park. Seneca Village was razed in 1857 by eminent domain to make way for that Park.

In his installation Lost in Cotton, the centerpiece of the exhibit, Dowell has constructed a labyrinth of floor-to-ceiling fabric panels, covered with photographic images of cotton plants, to echo his grandmother’s frightening childhood recollection of getting lost in the tall fields of cotton, a thorn-filled maze ripping into her skin and with no apparent way to escape.

Cotton was at the heart of the burgeoning New York garment industry and economy, and in Bursting Out and The Long Road, Dowell overwhelms Wall Street, site of an historic slave market, with cotton. In Sending the Message, Dowell shows the spiritual side of cotton, with cotton balls ascending from the church altar like rising angels in Renaissance paintings.

"Cotton is our symbol," Dowell says. "That's black people in this country. You just mention cotton, you know what I mean, and for those of us who are a little aware, all the torture, all of that stuff — it's there. And it makes you stop and think. That's why I'm doing the cotton. I couldn't think of a better symbol."

In February 2018, the African American Museum in Philadelphia presented Dowell’s Cotton: The Soft, Dangerous Beauty of the Past with extensive critical response. In HYPERALLERGIC, Megan Voeller wrote “Dowell’s images don’t recount stories as much as serve as vivid signposts of the stories’ hidden presence.”

Dowell is a Philadelphia native and Professor Emeritus of Printmaking at the Tyler School of Art at Temple University. He has worked as an artist for over four decades, and his prints, paintings and photographs have been featured in 50 one-person exhibitions. His artwork is represented in the permanent collections of 70 museum and public collections, including the Museum of Modern Art and the Metropolitan Museum of Art in New York City; the Museum of Fine Arts Boston; the San Francisco Museum of Modern Art; the Bibliothèque Nationale in Paris; the Houston Museum of Fine Arts; the Fogg Museum of Harvard University; the Museum of the Rhode Island School of Design; and the Lehigh University Museum. 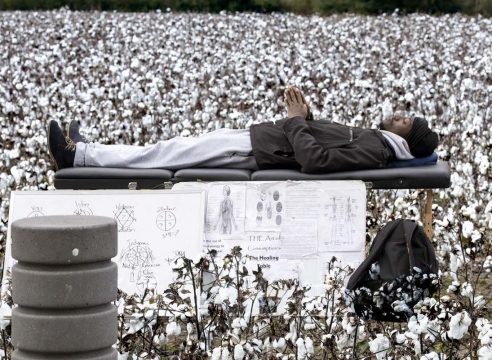 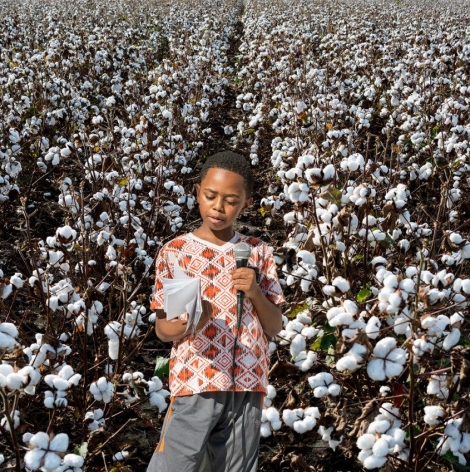 Photo of the Week #92
John Dowell 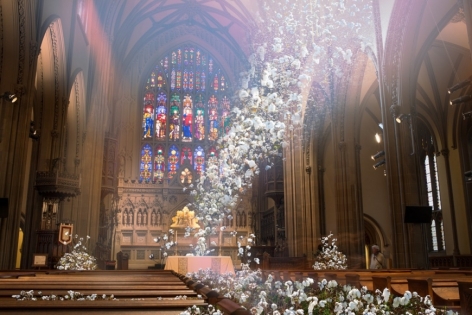 Photo of the Week #67
John Dowell 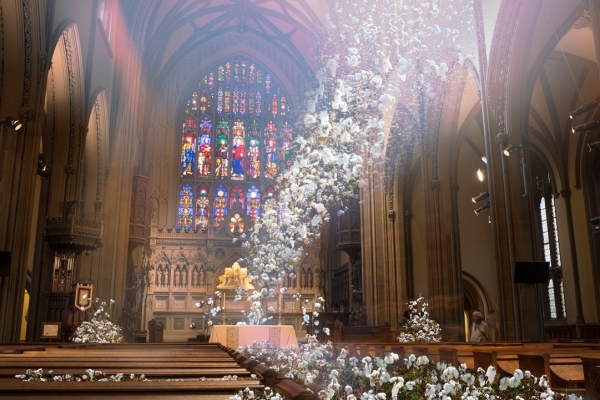 David Rosenberg offers a thoughtful appreciation of John Dowell's exploration of the symbolic weight of cotton for African Americans.