Wreckage from the military coup, Saigon, 1963

Funeral for army oficer killed in the military coup, Saigon, 1963

Laurence Miller Gallery takes great pleasure in presenting LARRY BURROWS REVISITED,  featuring over forty photographs exemplifying Burrows' career as both one of the great humanist photographers of the Twentieth Century, as well as a pioneer in the use of color.

When the opportunity to cover the Vietnam War arose, Burrows was ready. He went there in 1962, and as David Halberstam says in his introduction to the book Larry Burrows Vietnam, "From the start, the best photos from Vietnam were his. He had a feel for the war and the people fighting it ... and he understood that ... this was the ultimate assignment, demanding the ultimate risk." Many Burrows images were incorporated into Ken Burns’ recent documentary VIETNAM.

Burrows’ best-known series is One Ride with Yankee Papa 13, which LIFE published across 14 pages in 1965. From the opening spread, where a young, confident James Farley is introduced before a mission to airlift an infantry battalion, to its bloody sequence on the ensuing firefight and failed rescue, to Farley's emotional return to base, the essay captures the universal humanity of man embroiled in the inhumanity of war. Burrows covered the war until 1971, when the helicopter in which he was riding to photograph the invasion of Laos was shot down, killing all aboard.

Burrows was born in London in 1926. At age 16, he began working in the lab of LIFE magazine's London bureau. Poor eyesight kept him from a hoped-for position as an Army or Navy photographer in WW II. Instead he had to content himself with printing thousands of photos taken by LIFE'S great photographers of that war.

His photographs from the 1950's, on assignment for LIFE, were widely published. His memorable image of Prime Minister Winston Churchill, at an RAF station in 1954, with his back to the camera, typified Burrows' uncanny ability to capture layers of nuance and meaning through a person's body language. He also took many winsome portraits - Brigette Bardot, C.P. Snow, T.S. Eliot and Louis Armstrong.

This exhibition is the Gallery's fifth one-person show featuring Larry Burrows. It includes both rare black and white and early color prints from the Burrows' family collection, as well as unique vintage prints from LIFE'S archive. New large-scale digital prints from original transparencies add a sense of drama and immediacy that make the subjects and locations palpable. 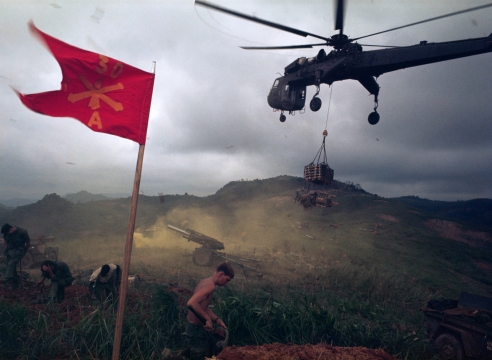 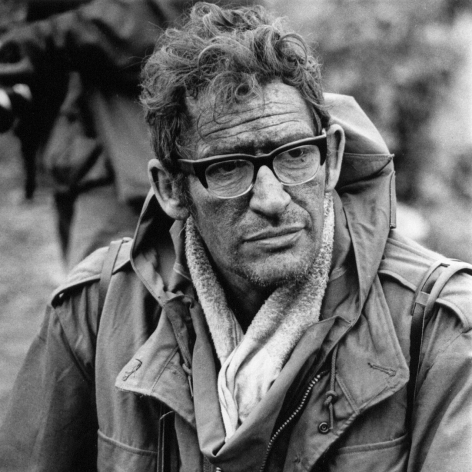 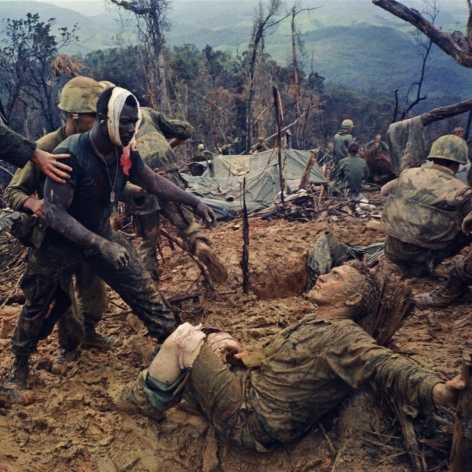 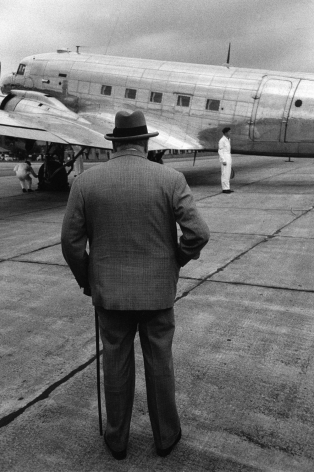 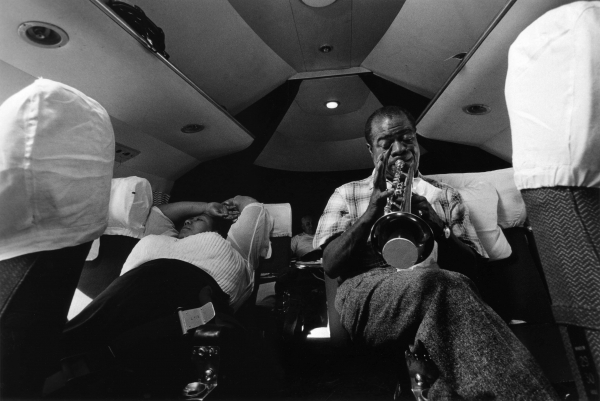